VSAFF fans, thanks for your continued success of the festival! The Nik Rabinowtiz show in Vancouver on Thursday is now SOLD OUT.

But you can still see Nik on screen in our gala showing of Material on Saturday, April 13 at 7:30 p.m. And join us after for a delicious spread of South African food and drinks.

Material, a humorous and emotional look at the struggles of a South African Muslim family facing the modern world, walked away recently with five Golden Horns, as the South African Oscars are known. 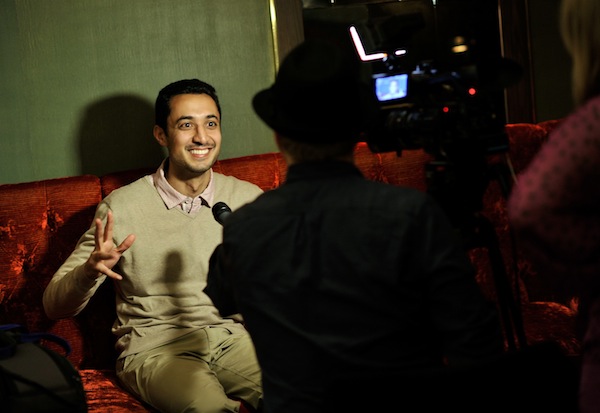 VSAFF gala opening film Material and closing film Little One each won awards over the weekend at the 7th annual South African Film and Television Awards in Midrand.

Material, a humorous and emotional look at the struggles of a Muslim family facing the modern world, walked away with five Golden Horns, as the South African Oscars are known.

Little One’s star Lindiwe Ndlovu took home best actress in a feature film and none other than Samuel L Jackson presented her award. 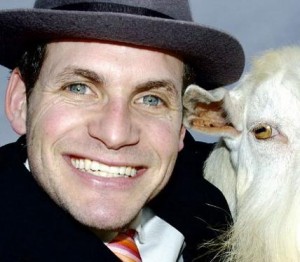 Braving time zones and risking offending an audience before he’s even met them, the intrepid comedian Nik Rabinowitz tells VSAFF about Desmond Tutu, award winning goats, and why Canada should pay…

One of the menu options on your website (nikrabinowitz.co.za) says “Buy Nik”. How much do you cost and what do you come with?

I’m really a bit of a rip-off. I don’t have moveable limbs and I definitely don’t come with ‘parts.’ Those are sold separately and include a wife, two toddlers and a goat – all life size.

How would you describe Material (the VSAFF gala film) to Canadians?

Material is a film about a Muslim comedian, made by Jews. So really it’s about building bridges.

What was the experience of working on the movie like? More nerve-wracking than ordinary stand-up?

It’s always LESS nerve wracking when the audience isn’t close enough to throw anything at you.

If you could heckle any comedian, who would it be?

No one. I don’t really enjoy extreme sports.

Who’s the funniest person you know?

My granny. The other day she contacted me from the afterlife just to tell me a joke about vacuuming in the nude.

What was your favourite movie as a kid?

I can’t remember the name of the movie but it’s the one where there’s a magical, cricket-playing goat who flies (because he’s a magical goat) from country to country representing South Africa in the sport. But the end was the best, where he defies his parents’ wishes for him to become an accountant and then goes on to win an Olympic medal. For flying, not cricket.

When they make a movie of your life, who will play you?

I’m hoping for Desmond Tutu but I think he might be too short.

You’ve travelled and performed overseas before. What’s the dumbest question you’ve been asked about South Africa?

Somebody asked me if I was afraid because of all the hijacking, armed robberies and general violence. What an idiot. Of course I’m terrified.

I don’t know about a joke but I can tell you I’ve been thinking about Somalian pirates a lot lately. In the sense that they’ve kidnapped some South Africans for loads of money and I think they’re onto something - I think if Canada and Australia want our white people, they should pay. VSAFF fans! In conjunction with this year’s festival, we are pleased to announce that beloved South African comic Nik Rabinowitz will perform in Vancouver, with all proceeds going to Education without Borders!

Capacity is limited and we expect to sell out.

Nik has performed alongside some of the country’s finest comics, including two hits with Marc Lottering  and Riaad Moosa, under the direction of David Kramer (Three Wise Men & Three Wiser Men, 2008 & 2009). In 2010, he starred alongside a selection of SA’s top stand-ups in Bafunny Bafunny, which included a performance at London’s Royal Albert Hall. He followed that up with a television appearance on BBC 2’s Mock the Week.

Nik currently presents “The Week that Wasn’t” for 702 and Cape Talk Radio, plays a host of characters in the online satirical production ZA News, and has produced and performed five one man shows.

We hope you can join us for this unique opportunity to see Nik in Vancouver! 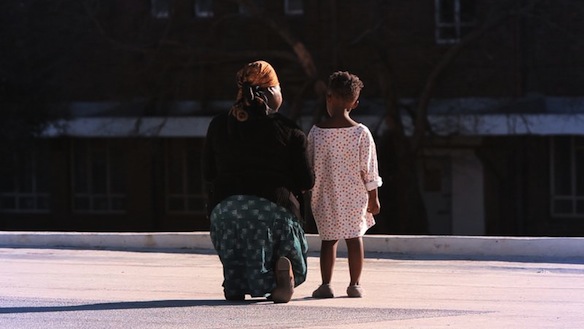 We are thrilled to announce that Little One, South Africa’s entry for the Best Foreign Language Oscar at the recent Academy Awards, will be our closing feature this year. It is the Canadian Premiere.

Darrell Roodt, who wrote the award-winning film Yesterday, directed Little One, which tells the story of a six-year-old rape victim left for dead in a township near Johannesburg. She is eventually rescued by an older woman, who decides to launch her own investigation. Roodt has called it “a film for the new South Africa.”

“The movie’s story is told beautifully and poignantly, in a way that resembles and maybe even supersedes some of Roodt’s earlier acclaimed movies,” says producer Anton Ernst. “Ultimately it is a story of love and hope.”

We look forward to sharing this moving film with you on April 14. Here is the trailer: The VSAFF can’t run without the generous support of the community. If you’d like to volunteer at this year’s VSAFF, we’re looking for ticker takers and ushers who can commit to a minimum of four hours. In return, you get to see a couple of our terrific films for free!

To volunteer with us, please e-mail info(at)vsaff.org with “volunteer” in the subject, and leave us your name and contact info. Thanks in advance! We can’t do this without you.