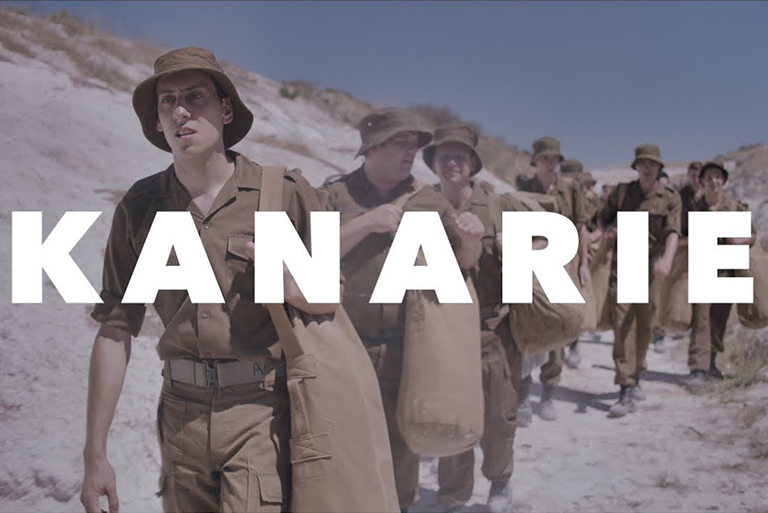 Set in 1985 against a backdrop of apartheid, religion, and war,Â KanarieÂ follows a teen boy, Johan Niemand, who has always been bullied in his small town for his flair for British new wave music and love of Boy George. When he gets called up by the military and auditions for the Canaries (the South African Defence Force Church Choir and Concert Group), he believes the choir will be his ticket out of fighting the war, but he begins to see the role he plays in the oppression and injustice around him. On tour, he develops feelings for a fellow Canary and he starts to question everything he knows about himself. Kanarie is a love story - a film about finding individuality in a world of oppression and uniformity.

What the critics sayâ€¦

â€ś â€¦ one of those rare gems â€¦. laced with provocative arguments about religion, patriotism and sexuality â€¦. one of the best South African movies in years.â€ť Peter Feldman â€“ The Citizen

â€śGod and country and Culture Club all figure in [this] South African musical drama â€¦. the film never turns preachy, wisely maintaining its focus on one young manâ€™s awakening …â€ť The Hollywood Reporter

â€śKanarie is â€¦. a heartwarming and affecting tale that in one moment will have you singing along, and in another will have you tearing up with its powerful performances.â€ťÂ  Theolin Tembo â€“ Cape Argus

â€ś â€¦ a quirky, emotive, magnetic and breathtaking screenplay â€¦. hones in on two sensitive subjects: the weaponisation of Christianity as military propaganda and the silencing of homosexuality.â€ťÂ  Zaza Hlalethwa â€“ Mail and Guardian